In 2016, the International Academy HAGIA has celebrated its 30th Anniversary. It was founded in Germany in 1986 by Heide Goettner-Abendroth who is the director since three decades. Since 20 years, Cécile Keller acted as co-director of the Academy and contributed a lot to make it attractive. During this long time, modern Matriarchal Studies was taught here and the Matriarchal Mystery Festivals were celebrated. Knowledge about matriarchal societies were successfully spread in the German speaking countries, and internationally by three congresses in 2003 (Luxembourg), 2005 (Texas), and 2011 (Switzerland).

All the time, women came to learn, to discuss and to offer their help, so they became the main supporters of the Academy. It flourished by women’s overwhelming solidarity, and also by the support of some men. The students learned about the lifeways and values of still extant matriarchal societies worldwide, and about the important and splendid role women had in the history of cultures. And they were motivated by the visions of Matriarchal Politics to take action for a future society of balance and peace.  Enough reasons for celebrating!

We hold the festival at the Academy in Germany, on April 2016, in commemoration of all the excellent and courageous women who fought before us for women’s rights and women’s culture. 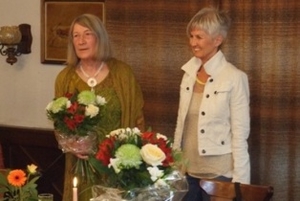